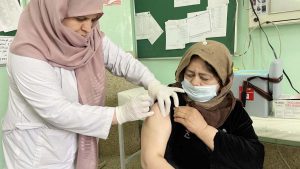 MOHAMMAD RAHMANI IS NOT a Covid-19 denier. He wears a mask and practices social distancing. But the 24-year-old software engineer from Kabul, Afghanistan is deeply skeptical of Covid-19 vaccines. Online videos — created in Afghanistan and neighboring countries, then uploaded on social media — have convinced him that SARS-CoV-2 and the vaccine that protects against it are part of a large conspiracy to reduce the global population.

This kind of skepticism is common within Afghanistan, where very few residents even follow basic public health guidelines. Local physicians lament that many people mistakenly believe the Covid-19 threat is already over or that it has been greatly exaggerated. “They fall for rumors like the virus will not affect Muslims,” said Mohammad Sarwar Firozi, a physician and administrator within the Afghan Ministry of Public Health. “There is very little awareness, and people don’t realize that this virus can kill you and is killing Afghans.”

In fact, Covid-19 skeptics could point to the government’s statistics, which suggest just over 2,800 coronavirus deaths have occurred in the country of 38 million people. But the government has likely undercounted; a survey backed by the World Health Organization found that roughly 10 million people — nearly one third of the country’s population — had been infected with the virus as of last summer. According to Firozi, 40 to 50 percent of SARS-CoV-2 tests in Kandahar Province are coming back positive. The percentage is particularly high for individuals returning from neighboring Pakistan, which is experiencing a new wave of infections.

In February, India donated half a million doses of the AstraZeneca Covishield vaccine to Afghanistan as part of a diplomacy effort. Tragically, not long after making the donation, India suffered one of the world’s worst coronavirus outbreaks, and it is now experiencing vaccine shortages despite being home to the world’s largest producer of vaccines. (“The way to hell is often paved with good intentions,” wrote one former diplomat in The Times of India.) A second, slightly smaller batch of vaccines arrived in Kabul in March through COVAX, the World Health Organization-backed program designed to distribute vaccine doses to poorer countries.

But a mixture of skepticism and misinformation perpetuated on social media has slowed an already under-resourced vaccination campaign. As a result, doctors and officials contacted by Undark say vaccines that are desperately needed in India may soon expire in Afghanistan. The Afghan government denies this charge. Ghulam Dastagir Nazary, director of the Afghan Ministry of Public Health’s immunization campaign, confirmed that the country received 500,000 vaccine doses from the Indian government that were due to expire on June 4. “But,” he said, “they have already been utilized.” 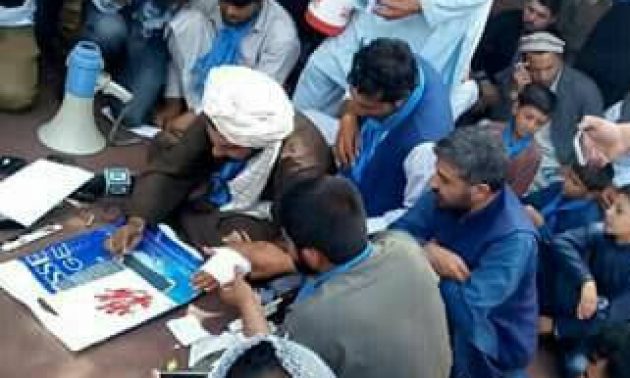