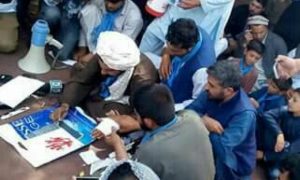 Peace activists in Afghanistan wrote a letter to the citizens of Pakistan and signed it in blood. Photo:Facebook

As the US opens a dialogue aimed at ending the 17-year Taliban conflict, peace marchers are putting pressure on Pakistan to stop backing insurgents

Peace activists have released a bloodied letter in Kabul that pins the blame squarely on “Pakistan’s intelligence, army and government” for Afghanistan’s Taliban insurgency, which is now in its 18th year.

The activists, who made headlines in June by trekking 700 kilometres from Helmand to Kabul, said at their camp outside the Pakistani embassy that the letter, signed with the blood of their supporters, had been handed to a Pakistani diplomat.

“Our Afghan blood was spilled at the hands of Pakistan’s government, their army and intelligence agency; and now our own people are fighting with each other. Please stop our bloodshed,” states the letter,  which is addressed “Dear People of Pakistan and the World”.

Their plea was issued as the US State Department confirmed that one of its diplomats had met with Taliban representatives in Doha last week to discuss a possible ceasefire. Further talks are planned, though the Taliban has refused to describe them as a peace initiative.

“These are a series of meetings for initiating formal and purposeful talks. We agreed to meet again soon and resolve the Afghan conflict through dialogue,” a Taliban official told Reuters news agency.

Efforts to bring international pressure for a ceasefire began with the long trek by the People Peace Movement, which believes the Taliban can only continue with the support of Pakistani security services.

“Even the knife that was used to make us bleed was made by Pakistan,” said Wali Bawar, an activist from Kabul. “Pakistan government has interfered in Afghanistan for so long and kills us using different names,” he said referring to the increasing number of insurgent groups in Afghanistan, including the Taliban and the relatively new Islamic State. “This needs to stop,” Bawar added. 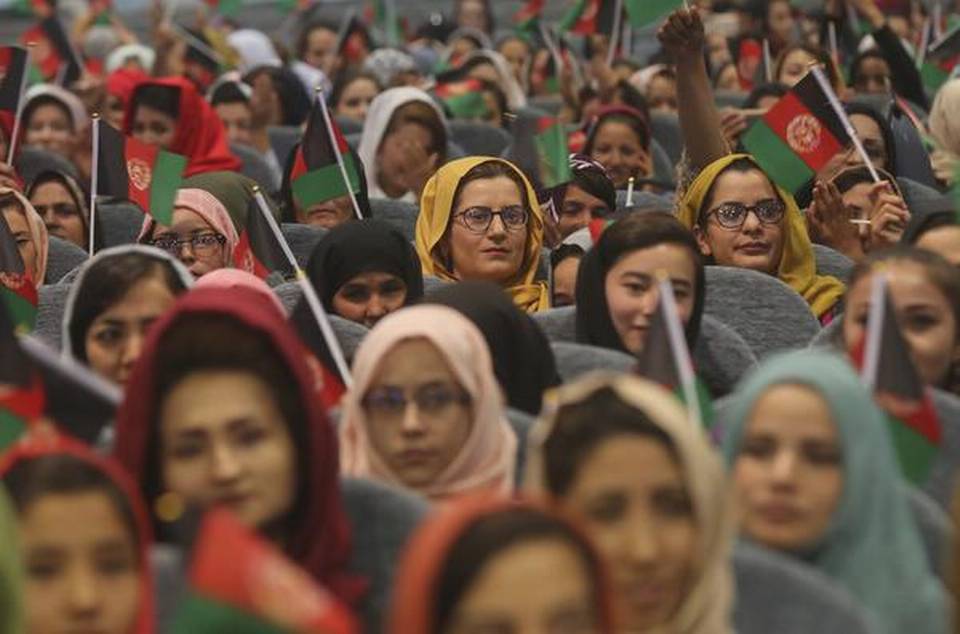